I recently offered my launch team the opportunity to review my new thriller, Deadfall. It’s the sequel to After Me, a Kate Sawyer Medical Thriller, which has been well-received despite being rather far afield from my “normal” genre of light, romantic mystery.

One of my fabulous readers wrote me back and said, “Wow! I’m still not sure what to make of this.”

I had to laugh.

Leave it to me to take a hard turn and leave some scrambling to hold on.

You see, the wisdom in the writing world dictates that a writer should carve out his or her spot in a particular genre and then mine that genre for all it’s worth. Applying that advice to my career would seem to indicate I should write light and funny forever.

One problem with that: I get bored.

And, if I’m bored, my readers are bored.

Don’t get me wrong—I love a good belly laugh, just not all the time. And that snarky voice I’m sorta known for? It creeps into every story, so not to worry. And, while I will always write light romantic mysteries, I do love a good chase book, don’t you?

Folks ask me all the time where I get my ideas. To be honest, I’m one of the lucky ones—ideas find me. Of course, my curiosity roams far and wide and I read…a lot! Throughout my adult life, I’ve loved cutting-edge medical stuff. And, as every writer would, when presented with some new ideas I always ask, “What if?”

Enough what ifs and I was off and running.

That story ended up being After Me.

And for the sequel, Deadfall, I was reading a story about weaponizing DNA. Yes, it’s a thing. It is possible to create a “weapon” if you will that targets an individual and exploits a genetic weakness they might have. And it won’t hurt anyone else (unless they have the exact same genetic weakness.) So, it’s possible to deliver this “weapon” as a virus that would ride in through the air ducts. And only one person would die—all the rest might get a bad cold, but that’s it. Holy cow! Who knew!

So that brings me back to my first question: why did I, a light romantic mystery writer, take a huge leap into the dark work of thrillers?

To learn new things. To excite myself. To hopefully excite my readers.

In writing the thrillers, I not only found a place for my love of synthetic biology, epigenetics, and biohacking (actually, they are the foundation of the what-if, but not much of them are actually in the stories) but I also found new challenges as a writer. To be honest, I had to put After Me, aside for six months or so while I figured out how to write the darn thing. The challenges were many, chief among them were: writing in the first person from the point of view of a young woman with genetic early-onset Alzheimer’s, and then not using her lack of memory as a device to “solve” the mystery (that would so be cheating). Yes, there’s a good twist at the end.

But you know what? I figured it out and, in the process, I hopefully added tools to my writer toolbox and became a better storyteller. With each story that’s always my goal.

With Deadfall, I faced a different challenge. I’d sorta mined the Alzheimer’s angle and didn’t have a lot more to say about it that was vastly different. Well, that’s not entirely true. There are amazing things being done these days to fight the horrible disease (and the other tangle diseases) I just didn’t think they were good fodder for a story.

But it needed to be bigger than After Me.

So, I introduced new characters—their scenes are in the third person.

Kate still gets to tell her story in the first person.

And what fun it was to actually figure it out and then bring both storylines together for a whizz-bang climax. 🙂

THIS is why writers write all over the board (well, some of us).

I am so grateful to those of you who will take this side-journey with me. I don’t think you’ll be disappointed!

After Me and Deadfall are ripping-fast thrillers, with a hint of romance, and more than a hint of humanity and both are fun stories.

At the end of the day, that’s all I want. What about you?

After Me is available from my ebook store, Amazon, Apple Books, Kobo, B & N (NOOK), Walmart, and Google Play. 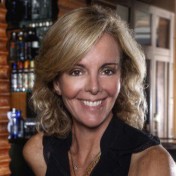